Screening of the critically acclaimed documentary “The Janes”

Screening of the critically acclaimed documentary “The Janes”

On Friday the US Supreme Court’s overturned Roe v. Wade, the landmark decision that established the constitutional right to abortion some 50 years ago. Immediately after the ruling, abortion became illegal in 13 states, with more expected to follow suit.
This is part of a planned, sustained attack on human rights carried out by the conservative movement in the US. Bodily autonomy is a human right. Access to abortion is a human right.
We invite you to gather together to learn more about abortion access in our communities (in the US, Thailand, and beyond), and the broader context surrounding these sustained attacks on women’s rights and LGBT+ rights which are rooted in far-right white supremacist ideology.
Join us to watch the recently released flim ‘The Janes’ which is set in 1969, when abortion was illegal in Illinois. An underground operation arose in Chicago. At this moment, the film feels essential — it shows not just as a road map for civil disobedience but is is also testament to the kind of abortion storytelling that also now feels at risk. We have to learn from history, tell our stories, and speak up and take action.
Join us for an information session, movie screening, discussion, and action planning.
Exact location on Google Maps: https://goo.gl/maps/VXKUHJ7rHsL862UC6 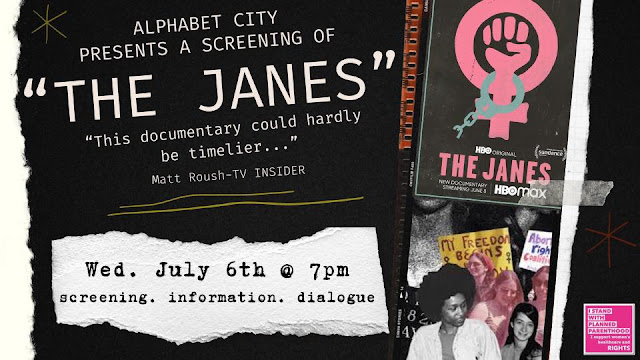